HE was just nine months at sea as a 19-year-old midshipman, when sudden battle orders were called.

But Guy Richmond Griffiths lived up to expectations, even miraculously surviving aerial bombings by Japanese aircraft that sank his battleship HMS Repulse during World War 2.

Griffiths emerged unscathed from another two wars as he made a meteoric rise to rear-admiral, serving the Royal Australian Navy for 43 years.

And today, Griffiths, who turned 96 on March 1, does not feel his age at all.

Griffiths was among the fortunate 796 crew who scrambled to safety after their ship listed in the South China Sea.

“It was a very harrowing moment for all of us onboard. We had to jump ship to save ourselves. I squeezed myself through a porthole (round window) and slid down into the sea.

“I swam like I never did in my life before.

“Fortunately, we managed to scramble onto an accompanying vessel, HMS Electra, after floating for an hour.”

Griffiths related his episode at the “Malaya At War” conference at Royale Chulan Hotel in Jalan Conlay here recently. 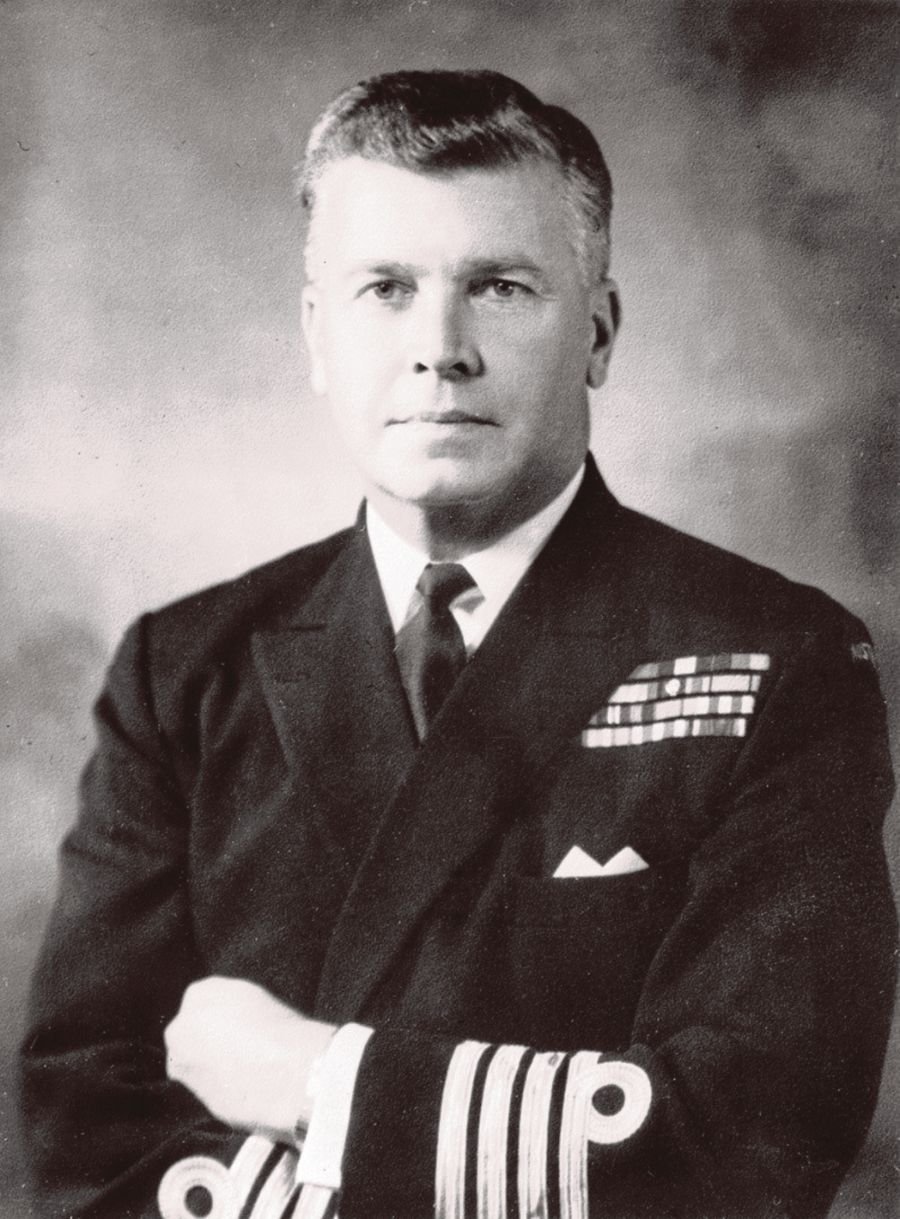 In 1967, Griffiths was naval adviser to the newly-appointed Thanabalasingam, then a commodore.

Griffiths is currently patron of the HMS Prince of Wales and HMS Repulse Survivors Association.

After being commissioned as a sub-lieutenant in 1942, Griffiths was in the thick of action again the following year, in several battles to liberate the Philippines from the marauding Japanese troops.

LIFE AT THE NAVAL COLLEGE

Griffiths dove into the naval world at the tender age of 13 in January 1937.

Over 500 had applied to join the Royal Australian Naval College south of Melbourne, and Griffiths was among just 17 selected.

“I felt that I had won my first Lotto when I was accepted,” recalled Griffiths.

He said the first four years was like high school, where they studied naval discipline, history, naval terms and how to care for their uniforms and boots.

He excelled as a sportsman and gained colours for rugby, hockey, rowing and athletics before being made the Chief Cadet Captain of the College in 1939.

Although Griffiths initially had an interest in engineering, he changed his mind to pursue the navy executive branch after visiting an old destroyer, HMAS Vampire.

“After looking at the uncomfortable engine and boiler room in the hull, I preferred to be up on deck,” reminisced Griffiths, who earlier in life had worked in his parents’ — father Louie and mother Dorothy — vineyard that had machinery such as boilers, steam engines and crushing machines for grapes.

Griffiths was born in Sydney, but grew up in the Rothbury/Pokolbin district in the Hunter Valley of New South Wales.

After graduation from the college in late 1940, he was posted to Britain’s Royal Navy for further training.

THE ANNOUNCEMENT OF WAR

When then Australian prime minister Robert Menzies announced that his country was at war in 1939, Griffiths was among one million of the seven million Aussies who enlisted as servicemen.

More than 40,000 Australians lost their lives during World War 2, with many more critically injured or scarred for life.

“When war broke out, I was among five midshipmen training onboard a New Zealand merchant ship on its passage to Britain.

“We went across to Glasgow, Scotland to join HMAS Australia but when we arrived, she was already in the North Atlantic on convoy escort duties. Consequently, the five of us midshipmen joined the battlecruiser HMS Repulse.

“We did pursue (the German battleship) Bismarck at one stage, along with HMS King George V and HMS Victorious, but we ran short of fuel,” recalled Griffiths.

With Japan expanding its occupation of the Far East, then British prime minister Winston Churchill ordered its naval forces to fortify its colonial garrisons over there.

On Nov 29, 1941, HMS Repulse was redirected from convoy duty in the Indian Ocean towards Singapore.

The battleship HMS Prince of Wales rendezvoused with the Repulse south of Ceylon (now Sri Lanka) before arriving in Singapore on Dec 2.

Three days later, Repulse, the Prince of Wales and the destroyers HMS Vampire and HMS Tenedos were dispatched to Darwin, Australia, as a show of force.

However, when Japan suddenly bombed Pearl Harbour, Hawaii, on Dec 7 and then Singapore the next day, the four vessels were recalled to Singapore.

“The orders came for us to regroup at (Indonesia’s) Anambas Islands in the South China Sea to disrupt the Japanese amphibious landings in the Gulf of Thailand, Singgora (now Songkhla) and north of peninsular Malaya.

“The Japanese had already established their airbases by controlling eight airports and airfields in Indo-China, with Cam Ranh Bay in Vietnam as a naval base.

“We lost our tactical surprise owing to bad weather and poor visibility.

“Also, they knew we were coming as their submarines and aircraft had spotted us on the evening of Dec 9.”

Early the next day, the Royal Navy ordered them to turn back away from Singgora, as the Japanese had deployed 34 twin-engine bombers and 51 twin-engine torpedo bombers.

“Before we knew it, HMS Repulse’s upper deck got hit by one of their bombs, causing many casualties.

He, however, commended HMS Repulse’s commander Captain William Tennant who managed to steer the vessel to dodge 19 other torpedoes.

“But we could not stop the ship from listing. It took just eight minutes before it sank.

“Owing to good training there was no panic, we abandoned ship in an orderly manner after Tennant’s command ‘save yourselves and God be with you’,” said Griffiths, adding that out of 1,309 of Repulse’s crew, 513 perished.

Among the dead was one of the five Australian midshipmen, Robert Davies.

“Bob (Davies) was a keen, zealous, dedicated and nice guy who came from Sydney.

“He was manning a 20mm anti-aircraft gun and was firing at the Japanese bombers.

“Bob strapped himself to the gun at the aft end, even after the orders to abandon ship were raised.

“He went down with the ship as it sank,” said Griffiths.

All the survivors, rescued by the destroyers escaped being bombed, made their way to Singapore.

“We just had an overnight’s shower, shave, fresh clothes, some food and sleep before getting back on duty the very next day,” said Griffiths.

Griffiths and his three midshipmen companions — John Austin, Bruce Darling and Peter Gyllies — were ordered by Tennant to board HMS Exeter and head for Colombo, Ceylon.

After four days leave in Colombo, Griffiths and the midshipmen joined battleship HMS Revenge at Ceylon’s Trincomalee port and headed for England to complete seven weeks of training.

After being promoted to sub-lieutenant in 1942, he served on the destroyer HMS Vivian before joining the cruiser HMAS Shropshire in May 1943.

Over the next two years, he saw action in the South West Pacific, including the battles of Leyte Gulf, Lingayen Gulf and Surigao Strait to assist the United States-led commander General Douglas MacArthur’s efforts to liberate the Philippines. 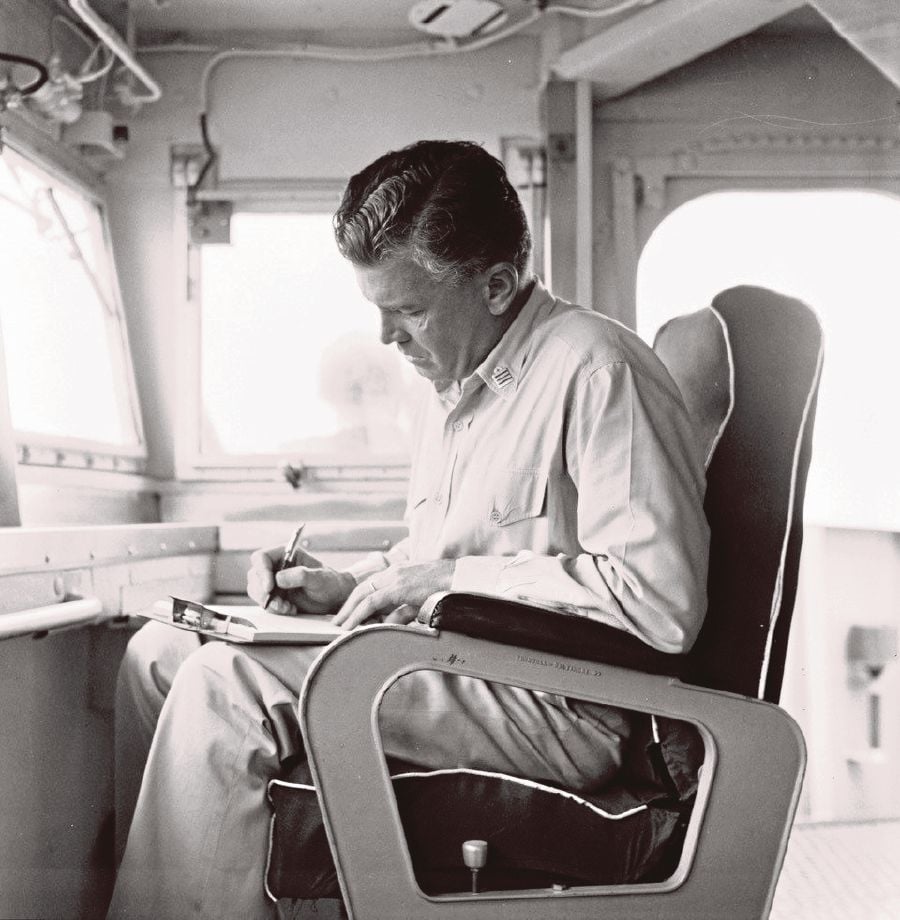 “When we encountered the Japanese kamikaze pilots, I knew of their ruse as they had earlier attacked the US ships in the central Pacific.

“We witnessed a kamikaze pilot hit the bridge of HMAS Australia and killing the ship’s captain.

“The Japanese pilot was still in his cockpit after the crash, awaiting his own death from the flames.

“It was very ugly, that one,” said Griffiths, who described the kamikaze pilots as motorised bombs.

When news broke of the end of the war, Griffiths was at Subic Bay in the Philippines: “I must say that it was a great relief.”

After the war, he completed the specialist course in gunnery at HMS Excellent at Portsmouth, Australia.

He spent two years at the Royal Navy’s HMS Drake in Devonport, England, before returning to Australia.

He served as the gunnery officer in HMAS Sydney during the Korean War from October 1951 to January 1952, before being promoted to lieutenant-commander.

He returned to the Korean War as HMAS Anzac’s gunnery officer in mid-1952.

In 1956, Griffiths was promoted to commander and then captain in 1964.

He commanded the guided missile destroyer HMAS Hobart during the Vietnam War in early 1967.

He became a commodore in 1971 before commanding the flagship HMAS Melbourne in late 1973.

In June 1976, the highly decorated Griffiths was promoted to rear-admiral as chief of naval personnel before his final posting in 1979 as flag officer Naval Support Command.

After retirement in January 1980, Griffiths served as the Australian Veterans and Defence Services Council president until 2004.

“First it was WW 2, then Korea and then Vietnam.

“Wars do not solve any problems. With people these days organising themselves with missiles, I am not sure what their ambitions are and what this power take-over business is all about.

“Whatever they want won’t be solved.”

Everybody, he said, was running around trying to get great military capability and looking at someone to be angry with.

“We don’t achieve anything. What are we doing? I am not a pacifist but on the other hand, I certainly do not want another war.”