China has added a maritime rescue centre to its facilities on an artificial island in the South China Sea, pressing on with plans to turn the outpost into the biggest logistics hub in the disputed waters.

The Ministry of Transport said on Tuesday that the centre had been built on Fiery Cross Reef to serve the Spratly Islands, also known as the Nanshas.

The announcement comes six months after China stationed the Nanhaijiu-115 rescue ship at Subi Reef, another artificial island in the Spratlys.

The rescue centre would provide stronger and more comprehensive support to rescue missions and would be part of the ministry’s “South China Sea rescue bureau” , the ministry said.

“It is a measure to implement international treaties and ensure safety of navigation and transport in the South China Sea region,” it said. 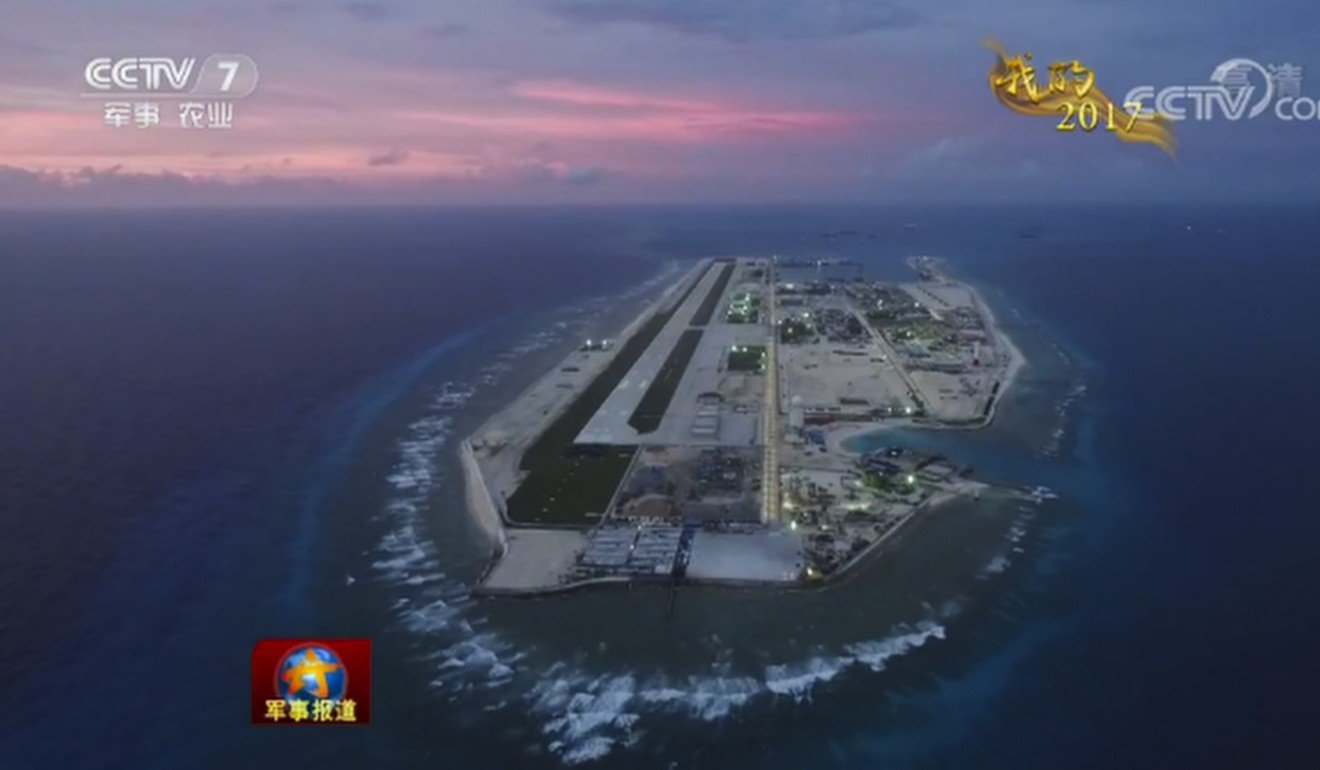 Fiery Cross has grown from a rocky outcrop a few years ago into a 2.8 sq km (692 acre) artificial island.

Last week military mouthpiece The PLA Daily published a high-definition photo of the island, showing it complete with a harbour for large ships, a lawn by the 3km (1.86 mile) runway and more than 100 buildings.

The island has a weather observatory, ocean and hydrology monitory station and coral restoration facilities, in addition to a lighthouse and a hospital.

The island has housing for more than 1,000 troops, with fresh water supplies, solar panels, a vegetable greenhouse and sports facilities.

Yet Fiery Cross is only the third largest island that China ha sbuilt in the Spratlys – Subi and Mischief reefs are nearly double its size.

Fiery Cross is also less of a target for US “freedom of navigation” operations, with a patrol by the USS William P. Lawrence in 2016 so far the only incident of its kind.

In addition to mainland China, the Spratlys are claimed also by Vietnam, the Philippines, Malaysia, Brunei and Taiwan.

China claims almost the entire South China Sea, but only controls seven reefs in the Spratlys, which were all transformed into islands through massive land reclamation between from 2014.

Beijing has been trying to establish de facto administration in the region, including providing humanitarian help to fishing and cargo vessels passing by the busy sea route.

The Nanhaijiu-115 and its sister ship the Nanhaijiu-117, have up to 10 professional divers on board and have saved 16 people in eight missions in the past six months, according to state news agency Xinhua.