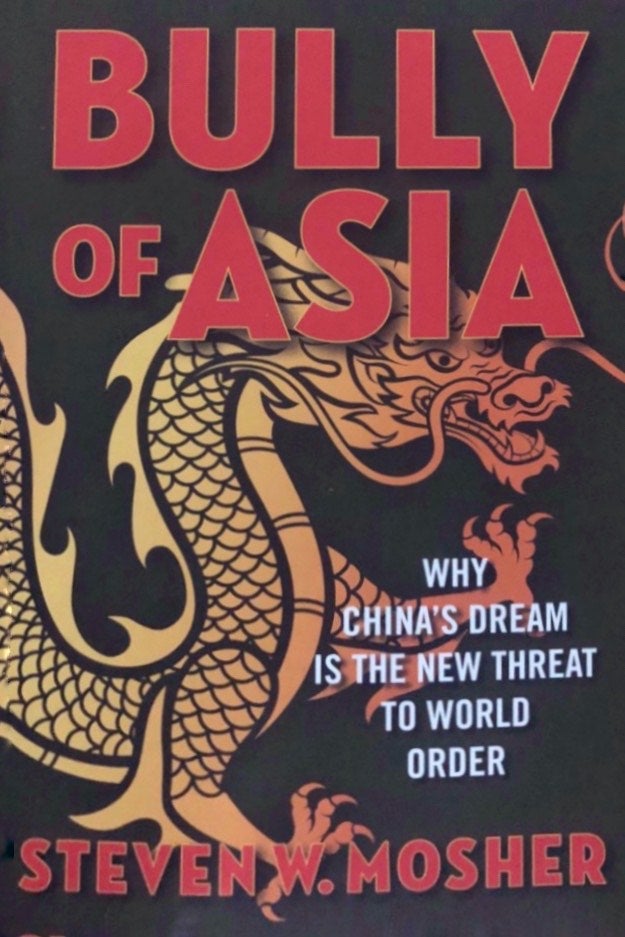 The recent claims of the Communist Party of China (CPC) of “success” and “zero domestic transmissions” in the fight against the new coronavirus disease (COVID-19) are “propaganda” and “sheer fabrication,” according to American China expert and author Steven W. Mosher.

“It is sheer fabrication, no sturdier than the shoddy warehouses that were put up in a week to house the victims of the Wuhan virus,” wrote Mosher in an article on the website of the Population Research Institute, which he heads (pop.org).

Just the same, the CPC is holding out its dubious claim of total win over the Wuhan virus “as a model for other countries to follow,” complained Mosher, who’s regularly interviewed on CNN and other broadcast news media agencies on human rights and other issues on China.

“‘Learn from China’ is the latest Party line,” reported the China watcher.

“It is just one more piece of Chinese propaganda to add to the ever-growing pile of lies that Beijing has been telling these past three months.”

He called the CPC claim “fake news out of China.”

Mosher wrote that the likelihood of zero transmission out of China’s 1.3 billion people “is about the same as the CPC discovering a cure for cancer, establishing a base on Mars and inventing faster-than-light interstellar travel—all on the same day,” Mosher wrote.

Mosher is a celebrated international scholar who became in 1979 the first American research student to conduct anthropological research in China after the Cultural Revolution. He exposed the forced abortions of women due to the CPC’s “one-child policy” and as a result, was barred from entering China again.

Mosher was also expelled from the PhD program of Stanford University, which became a controversy in the academic world. Critics said Stanford bowed down to Chinese pressure, but the university denied this and said Mosher was dropped because he violated research ethics and compromised the safety of his sources in China.

Those sources may have aided Mosher in contesting CPC’s claim of defeating the COVID-19 pandemic.

“What the Communist leadership… did was much simpler,” he wrote. “It simply directed doctors across China to stop diagnosing and reporting new cases of the disease. Overnight, new cases dropped to zero.”

He wrote there was “evidence that some local jurisdictions have been deliberately underreporting the number of patients who test positive for the virus.”Mosher added that the “warehouse hospitals” built overnight “have all been emptied out in a hurry, with many of the occupants sent home while reportedly still testing positive.”

He reported that in Beijing, hospitals have canceled “all elective procedures,” which he said should suggest they were coping with the influx of Covid-19 patients.“Finally,” he wrote, “at least one province is requiring all government documents to destroy all ‘documents and data’ they may have received concerning the epidemic.”

Mosher praised American and French attempts to come up with an antidote against COVID-19. Also a biologist, he called a recent French study showing chloroquine and azithromycin could stop the Wuhan virus “promising.”

But he said the “real enemy” is not the virus, but the CPC, “the corrupt and tyrannical system that, through its evil and incompetence, unleashed this plague around the world.”

How China could hold out its “success” in allegedly stopping COVID-19 as a model for other countries to follow is due to its sense of superiority and history of self-delusion, according to Mosher.

In his latest book, “Bully of Asia: Why China’s Dream Is the New Threat to World Order” (2017, Regnery Publishing), Mosher takes readers to a quick survey of Chinese history to show how across the centuries, China has been obsessed with “hegemony” and lording it over others.

“In their obsession with hegemony the Chinese people have their own doctrine of manifest destiny,” Mosher writes. “For more than two thousand years, the Chinese considered themselves the geographical and geopolitical center of the world.”

Mosher contrasts Sparta’s magnanimous victory over Athens during the Peloponnesian War (4 BC), with the Qun dynasty’s “Grand Unification” in the following century, and declares the goal of the latter was the “opposite”: Quin Shihuangdi (3 BC) “wanted to enslave the Chinese by subjugating their independent kingdoms to his own rule.”

“Utterly ruthless in his pursuit of power,” Mosher adds, “he was known for slaughtering surrendering armies—as well as Confucian scholars—to the last man.”

The Confucian reference is both crucial and ironical since, as Mosher points out, it was Confucius (5 BC) who had taught that the “Great Way” (righteousness leading to social harmony, “public spirited, crime free and even vaguely democratic,” in the scholar’s words), would pave the way for “datong,” or the “Great Unification,” which would allegedly put everything and everyone under “tianxia,” or All Under Heaven.“Great Uniformity” or “Great Tranquility” (in the translation of the famous Scottish Sinologist James Legge) has since been the vision of China’s procession of dynasties down to the CPC, Mosher declares.

“The latest iteration of the ancient Quin political culture—the People’s Republic of China—similarly longs to bring All Under Heaven… under its sway. And that is why it is so intransigent on Taiwan. And that is why it continues to make territorial demands in the South China Sea, in the East China Sea, on the Tibetan Plateau and elsewhere. Only through continuous expansion can the ideal of the ‘Great Uniformity’ be realized.” INQSteven W. Mosher’s

“The Bully of Asia” is available on regnery.com and pop.org.