Photos taken by Agence France-Presse on May 14 showed a Chinese coast guard ship monitoring the activity from a distance. According to the report, two Chinese ships were seen in the area. 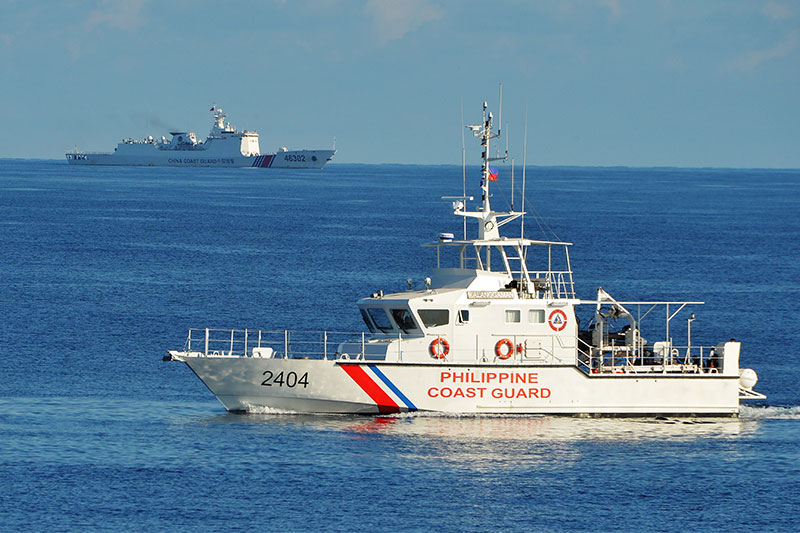 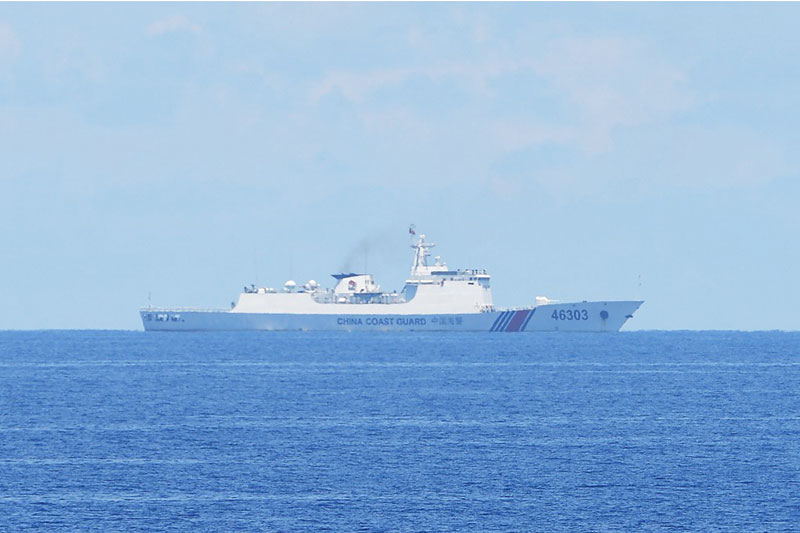 The joint exercises were held near Scarborough or Panatag Shoal, a traditional fishing ground off the coast of Zambales. Beijing recently imposed a fishing ban in the South China Sea, which includes the area of Scarborough Shoal.

The Philippine and American vessels participated in a mock rescue scenario to practice small boat search-and-rescue tactics, according to a report from the US Indo-Pacific Command.

Capt. John Driscoll, commanding officer of the Bertholf, said the joint exercise with the Philippine Coast Guard provided an opportunity for both parties to compare techniques, maintain proficiency and build a relationship among participants.

“Our relationship is critically important as we work together to ensure the ocean remains free and open, with a respect for international law and rules of behavior at sea, and where mariners are safe to carry out their livelihood – whether they’re on a cargo ship or fishing vessel,” Driscoll said.

USS Bertholf arrived in Manila on Wednesday for a five-day port call. The vessel is currently deployed in the Indo-Pacific region under the US Navy’s 7th Fleet.

While in the capital, the crew of the US coast guard will join events with the Philippine Coast Guard and Navy such as sporting and community relations events.

They will also participate in a series of engagements on damage control and search and rescue, which are seen to improve interoperability and strengthen ties between the Philippines and the US.