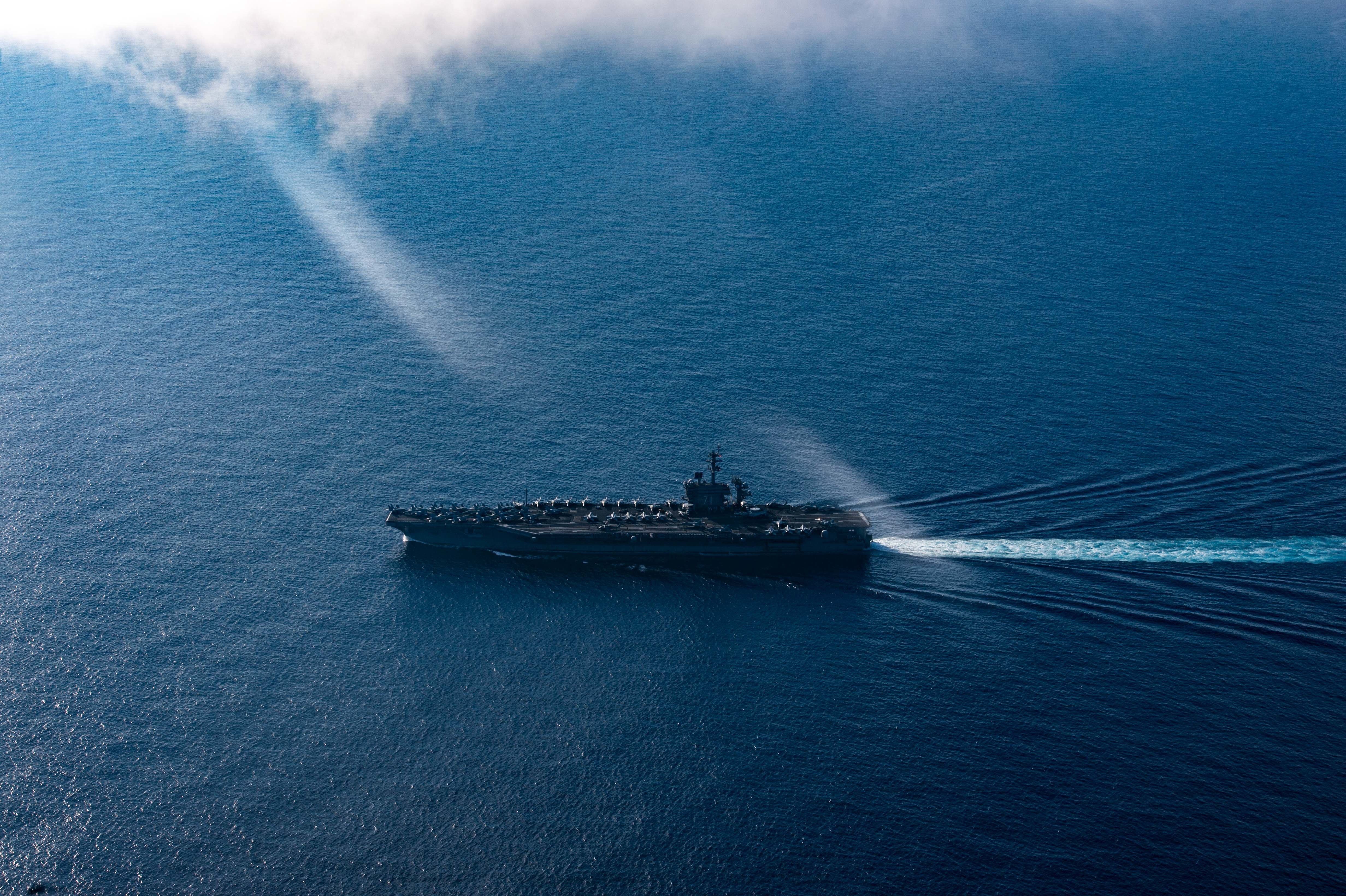 PENTAGON: The coronavirus aboard ship has forced the USS Theodore Roosevelt aircraft carrier to dock in Guam in the middle of a deployment, a move that might represent the military’s most dramatic move yet to react to the global pandemic.

The loss — for however long it lasts — of the Roosevelt comes as the US and China increasingly challenge one another in the South China Sea. On Tuesday, the destroyer USS McCampbell transited the strategic Taiwan Strait, which separates Taiwan and China, a move viewed by China as a provocative act.

The carrier was in the midst of a deployment to the Philippine and South China seas when eight sailors tested positive for the virus earlier this week, leading the Navy to order the ship to Guam to begin testing all 5,000-plus sailors aboard. It’s unclear how long the ship will remain pierside, but the move cuts in half the number of carriers in the Pacific, leaving only the USS Ronald Reagan, which is currently in port in Japan.

The Roosevelt “is operationally capable if called upon to do so,” Acting Navy Secretary Thomas Modly told reporters at the Pentagon this morning, “but we are pulling the ship into Guam. Nobody from the ship will be allowed to leave the ship other than on the pier.”

Overall, the Navy has documented 104 cases of COVID-19 across the force, with every expectation that the number will rise.

“The sailors flown off the ship are doing fine. None of them have been required to be hospitalized,” he said. “Their symptoms are aches and pains, sore throats but nothing that required hospitalization. So they are in quarantine on Guam.”

The Navy has been struggling to get COVID-19 test kits out to ships at sea, but so far has had limited success. Approximately 800 test kits have been flown to the ship in recent days, not nearly enough for the 5,000 sailors aboard.

Rear Adm. James Hancock said during the press briefing the military was working to get test kits out to the fleet, but “we’re just not there yet. What we can do is do surveillance testing,” which includes temperature checks but not much else. As Breaking D readers know, none of the ships at sea last week had any COVID-19 tests aboard.

Once the Roosevelt arrives in Guam, “they’re going to figure out from there who needs to come off, who can stay on, looking at the level of symptoms and things like that,” Modly said.

The Navy’s eleven carriers have had a hard time making it out of repair availabilities on time in recent years; losing one to sickness is a significant blow to US power projection. The USS Abraham Lincoln, coming off a punishing 10-month deployment to the Middle East, has just returned to San Diego, while the USS Truman and USS Eisenhower are operating together in the Middle East. The USS Ford is still undergoing evaluation and testing off the east coast, despite being years behind schedule for its first deployment.

Those issues could only be compounded as COVID-19 continues to wreak havoc. The Navy’s top acquisition official, James Geurts, on Wednesday said he expects “there will be some delay and disruption,” in the industrial base in the coming weeks.  “We’re seeing a tightening on the supply base as smaller shops deal with their local situations,” Guerts told reporters on a conference call.

While Geurts said at the moment he doesn’t foresee any schedule slippages, a prolonged disruption could affect planned repairs, as well as new builds.

Earlier this month, Indo-Pacom commander Adm. Philip Davidson offered an expansive new vision of how he would like to transform the way US forces train and partner with allies across the vast Indo-Pacific region, calling for the services to be linked in new, more permanent ways. His plan would position the Navy and Marine Corps as the primary regional tools to counter a rapidly modernizing China.