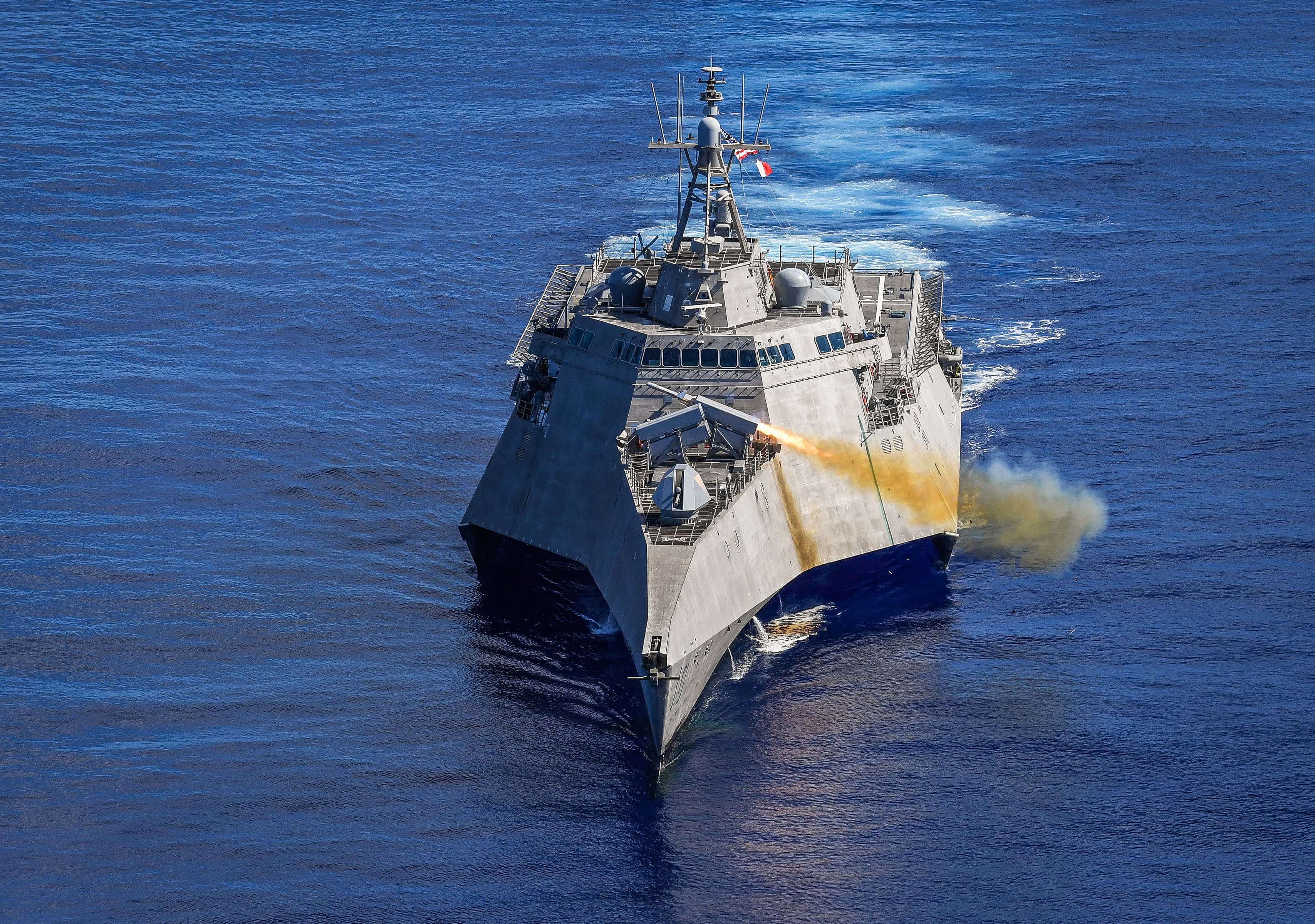 WASHINGTON: As part of its culling of ships in the 2021 budget submission, the Navy wants to scrap four Littoral Combat Ships which it says are already so outdated they can’t be even be used for training anymore, despite two of them being less than a decade old.

The requested retirement is another example of the litany of problems the LCS program has suffered during its short life: cost overruns, highly-anticipated ship modules that just don’t work, and propulsion issues that have made the program a poster child of a messy military procurement culture.

Introducing the Navy budget earlier this week, Rear Adm. Randy Crites, deputy assistant secretary of the Navy for budget, said “we’ve gotten all we can get out of those ships in terms of testing.”

The service looked at upgrading the ships to reflect the current LCS configurations, but “in the context of great power competition they were less important,” than other classes of ships, Crites said. “So, we took those savings and applied it to other areas.”

In its budget justification, the Navy said the ships “have been test articles and training assets, and were key in developing the operational concepts leading to the current deployment of LCS ships today…But cancelling their modernization allows us to prioritize lethality and survivability where we need it.”

The Pentagon Operational Test & Evaluation office’s 2019 review of the program was damning, reporting, “both LCS seaframes have limited anti-ship missile self-defense capability. The Navy has not fully tested these combat systems and the Navy does not plan to conduct further air warfare operational testing of Freedom seaframes 1 through 15 in their current combat system configuration. The Navy has accepted the risk of continued operations with a combat system that they have not operationally tested.”

The program all but bottomed out in 2015 and 2016 after a series of embarrassments that saw mechanical breakdowns on four of the six ships then in service, leading to an overhaul of the program and eventually, the decision to retire these older ships rather than upgrade them.

The service tossed its original operating concept overboard, in which a single LCS would swap out anti-surface, anti-submarine or mine-warfare mission packages in port depending on what the next mission was. The plan proved unworkable when it was discovered the mission packages were more complex than anticipated, and Congress, year after year, cut funding for them.

In the end, it’s not clear how long a service life any of the LCS hulls will have. By this summer, the Navy will award the first contract for its new frigate program, which will — at least in part — eventually take the place of the LCS.

But a few of the ships are out there, doing what they can.

USS Little Rock is slated to receive a laser weapon during its upcoming deployment, the commander of Naval Surface Forces Vice Adm. Richard Brown told reporters recently. It’s likely the ship will deploy to the 4th Fleet, where LCS USS Detroit is operating.

Since November, two LCS — the USS Montgomery and USS Gabrielle Giffords — conducted freedom of navigation cruises near the contested Spratly Islands in the South China Sea, the Giffords while sporting the new Naval Strike Missile, a long-range, precision strike weapon that seeks and destroys enemy ships at distances greater than 100 nautical miles.

With Navy officials confirming that they’re likely to see flat shipbuilding budgets for the forseable future, every dollar spent on a hull will count. The fight to prove itself for all classes of ship is on.