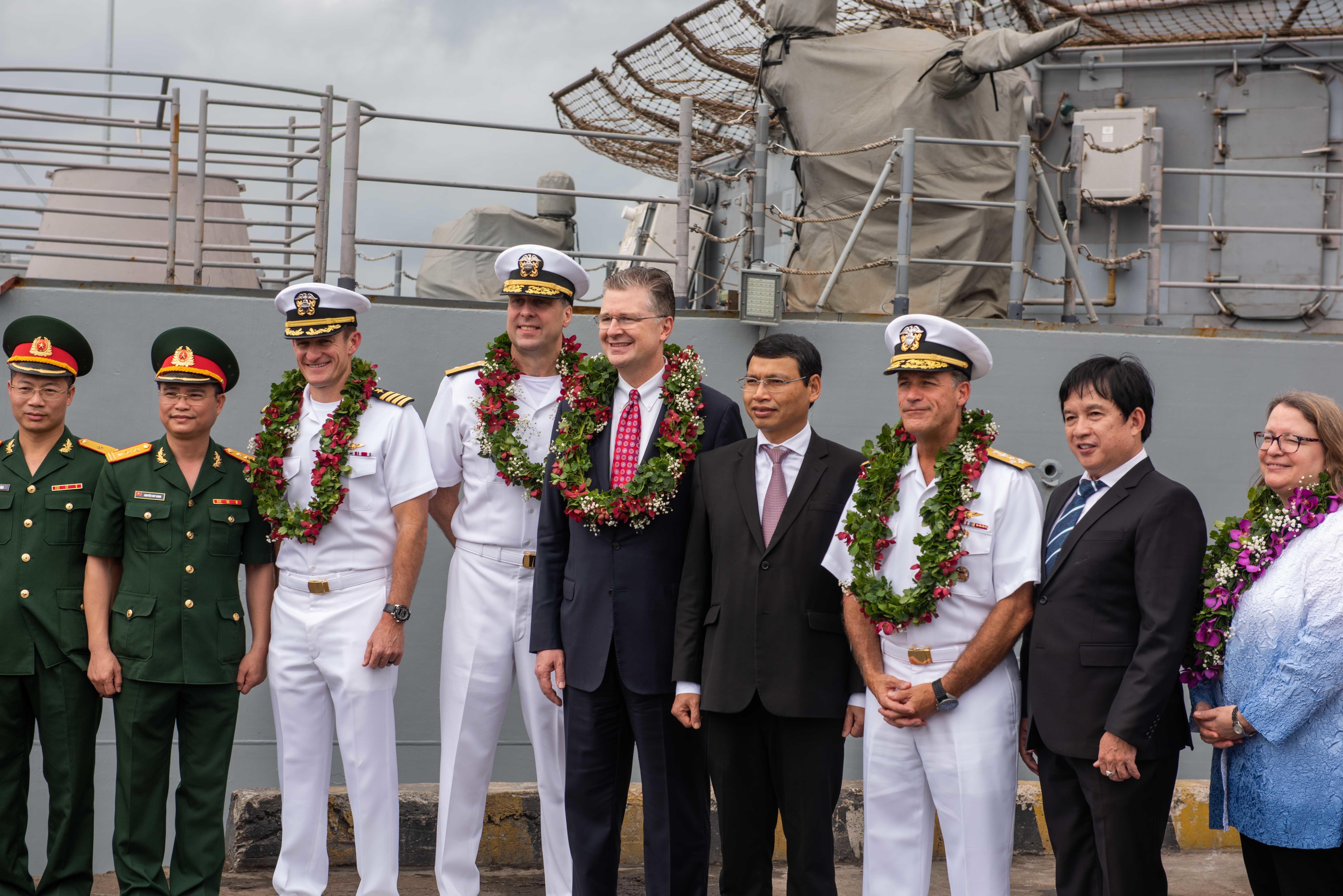 PENTAGON: Sailors from the aircraft carrier USS Theodore Roosevelt and cruiser USS Bunker Hill are being monitored for the coronavirus after they went ashore in Da Nang, Vietnam this month during a shore visit, Navy officials say. The ships don’t have testing kits so medical personnel are keeping a close eye on the sailors.

Navy officials say the ships in the Roosevelt carrier strike group are “in the process of obtaining test kits,” for the virus, spokesperson for the Roosevelt and Carrier Strike Group Nine, LCDR Julie Holland, told me via email. “We are taking every measure to ensure our Sailors safety while accomplishing our mission in the Indo-Pacific,” Holland said. “Safeguards have been put in place on board to monitor the health of all Theodore Roosevelt Strike Group Sailors to include ongoing evaluation and observation, and the continued reinforcement of established hygiene protocols.”

The ships are currently undergoing the mandatory 14-day quarantine all Navy vessels across the Indo-Pacom command are required to observe. After a port call, US Navy ships stay at sea for two weeks after a port call. The strike group is now operating in the South China Sea.

Questions sent to the Navy today about when the tests might arrive went unanswered.

Recent studies suggest fewer than 5,000 Americans have been given tests for COVID-19, while Defense Department officials said today that 143 tests have been conducted across the entire global force. Overall, nine DoD-related cases have been confirmed, including three active-duty troops, four dependents, one civilian, and one contractor. “It is likely that the number is higher,” Brig. Gen. Paul Friedrichs, Air Force surgeon told reporters at the Pentagon today.

The virus is already causing serious disruptions in the defense world. The annual Association of the United States Army trade show in Huntsville, Ala., scheduled for next week, was called off today. Last year, the event drew 6,400 defense contractors, soldiers and journalists.

The virus has shut down parts of the F-35 fighter supply chain, and Defense Secretary Mark Esper has decided to scuttle a long-planned trip to India for much-anticipated meetings later this month.

On the operational side, US military officials are staying positive about the massive, months-long Defender 2020 exercise just getting underway in Europe, however. Some 20,000 US troops are expected to transit from the US to the continent in coming weeks. Given the cautions being imposed elsewhere across the department, the likelihood of DoD making changes to the exercise remains high. Africa Command’s largest exercise on the continent is being scaled back significantly, however. African Lion 2020, involving 4,000 US service members and 5,000 troops from African countries, will now include only portions that do not require housing of troops in close quarters.

In Europe, a slew of top military officials have either tested positive or have quarantined themselves after a conference on an American military base in Germany. Commander of US Army Europe, Lt. Gen. Christopher Cavoli, and several staff members entered self-isolation “out of an abundance of caution and following recommended protocols,” Army Secretary Ryan McCarthy said Monday.

Poland’s military chief, Lt. Gen. Jaroslaw Mika, has tested positive, as did Italian army chief Gen. Salvatore Farina. Both have said they feel fine, but will remain in isolation for the time being.