ON THE LOOKOUT:
A Lockheed EP-3 reconnaissance plane was yesterday seen flying southwest of Kaohsiung, according to Twitter account ‘Aircraft Spots’

Planes from the US Seventh Fleet have been sighted frequently above the South China Sea in the past several days, and a US Navy EP-3 reconnaissance plane was seen flying close to Taiwanese airspace southwest of Kaohsiung yesterday, according to posts by the Twitter account Aircraft Spots.

The EP-3 was seen circling above the same area, Aircraft Spots said, adding that other planes from the fleet were seen in the past few days near the Philippines, where they appeared to be gathering information on Chinese vessels in the area. 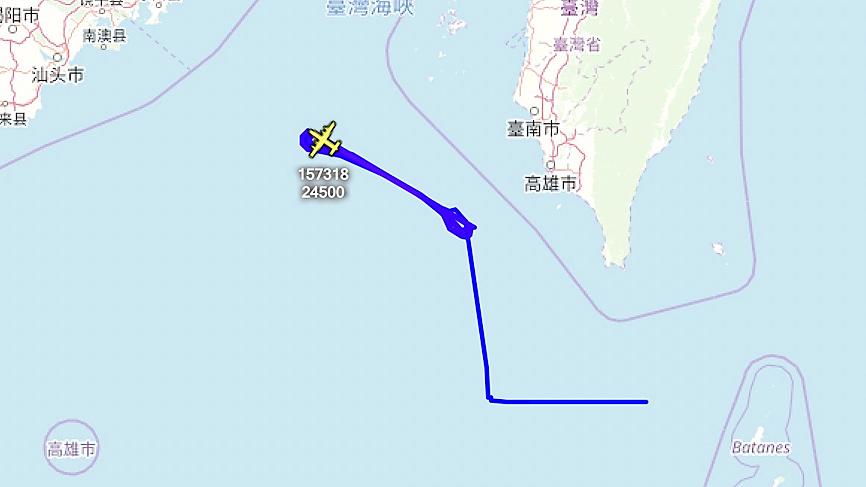 The Ministry of National Defense said that its surveillance network is capable of monitoring the seas near Taiwan and that it always monitors the movements of aircraft and vessels near the nation’s territory.

Aircraft from the Chinese People’s Liberation Army Air Force have been spotted near Taiwan on four occasions in the past six weeks — Feb. 9, 10 and 28, and March 16.

The most recent sighting was the first time a Chinese military aircraft had approached Taiwan at night during a drill.

Following the Chinese drills on Feb. 10, a US MC-130J Commando II transport aircraft and two B-52 bombers flew over waters west and east of Taiwan.

The US last month also flew P-3 Orion maritime surveillance aircraft over waters south of Taiwan, and on Feb. 16 sailed a warship through the Taiwan Strait.

Comments will be moderated. Keep comments relevant to the article. Remarks containing abusive and obscene language, personal attacks of any kind or promotion will be removed and the user banned. Final decision will be at the discretion of the Taipei Times.